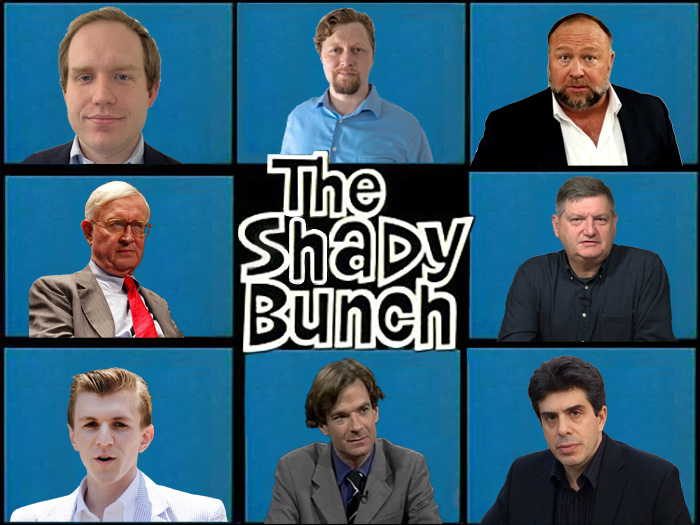 Will Sommer of the Daily Beast is one of the foremost authorities on the Q-Anon movement, but he is also hiding a big secret. Q leaked the Hillary Clinton-backed pedophile scandal (Q-Anon-Pizzagate aka Q-Boro-Spaghettigate) to Will Sommer starting since 3/1/2011, but Sommer intentionally covered it up because he "can't run the gay stuff." Now Sommer is one of the main journalists bashing the Q-Anon followers for being "stupid" to believe that federal officials are involved in numerous pedophile scandals. The irony is that by covering up the scandal in 2011 when he first recieved it (and before the election rigging scheme of the FBI from 2012-2020), Will Sommer helped create the very Q-Anon scandal he is now reporting on. While the media is quick to report on the FBI coverup of the Jeffrey Epstein or Larry Nassar scandals (because they involve heterosexual pedophiles), Sommer admits that there is some sort of mass-media prohibition upon reporting of scandals involving certain high-level government LGBT pedophiles. Why? Shouldn't all pedophiles be treated equal regardless of their race, religion, gender or national origin? Will Sommer is not the only journalist covering up crimes committed by the federal pedophiles.

For example, Alex Jones of Infowars was also tipped off to the Clinton/Trump pedomafia and their election-rigging scheme of 2020 since 10/30/2018 and refused to discuss it despite being the most well-known conspiracy theorist in the entire world. James O'Keefe's Project Veritas also recieved evidence of the scandal and asked to speak to Q about it (but never called after Q provided his number). Other journalists aware of the scandal include Peter Bergen (a known expert on Bin Laden and Sheikh Rahman), James Risen (another "expert" on militant groups in Pakistan/Afghanistan to include Haji Bashir Noorzai, one of the main heroin suppliers to the Medina Boys), Travis View aka Logan Strain (of QAnon Anonymous), Robert B. Semple of New York Times (a Board Member of AST that was directly involved in the AST pedophile scandal of 2008-2009), and other high-profile journalists that disappear the moment Q provides them recordings documenting scandals involving topics that they claim to be experts on.

In another conversation between Q and Sebastian Rotella (the main journalist covering the Mumbai Massacre), they discuss Q's New York City connections to Daoud Gilani aka David Headley (the mastermind of the attack). Q was hesitant to share details of the scandal with Rotella over the phone because he does not trust any journalist who refuse to meet with him directly. Q leaked some preliminary information to see if Rotella was able to break the NYPD obstruction of the 1994 Al-Qaeda murder of Mohamed Syed (in the Bronx), but he was not able as that was the last conversation with Rotella before he also disappeared. Q never leaks anything significant to people without meeting them directly, and journalists will not meet with Q while under threat of federal kidnapping. Rotella claimed he would investigate the Mohamed Syed murder scandal using his connections in the NYPD, and then he disappeared. Shortly after this conversation, the FBI then tricked Q into a confidentiality agreement with the Clinton mafia to rig the 2012 election (based upon a false claim they were going to end the obstruction of the 911 scandal), and this election-rigging scheme is still ongoing past the 2022 election.

The biggest journalism scam discovered by Q is the Wikileaks scandal. Q made contact with the founder of Wikileaks (Julian Assange) since 2010 when he started sending Assange recordings of the Clinton pedophile mafia. Assange covered it up, thereby confirming that Clinton mafia was his paymaster all along.